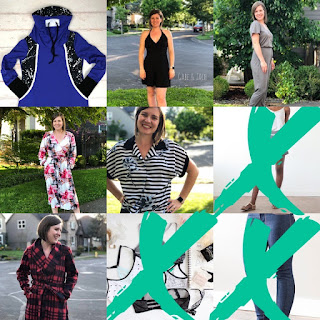 Now that we've rang in the new year and are officially in 2020, it's time to update how my #makenine2019 went. As with most things in my life, I had high aspirations jumping into 2019. I wanted to make ALL the things. I've since realized I don't need do it all.

As far as overall completion, I ended up making 6 of the 9 items with some changes. The woven shorts, bra and jeans didn't end up getting completed. I plan on adding those to my MakeNine2020 because I do think they are realistic to accomplish this coming year.

I wrote all about my MakeNine2019 goals and why I picked each pattern in this blog post. Below is what my MakeNine looked line from January 2019 with above being what I ended up making. 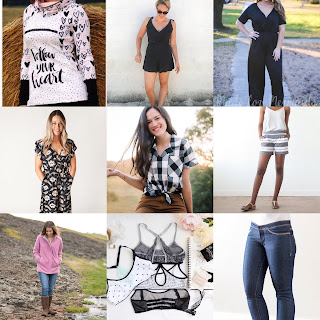 I did so much research looking for a coat I wanted to make and I really thought the Forester (below left) was it. I couldn't make a decision or commitment on the wool and finishes for it though. Instead, the Love Notions Octave Coat (below right) came out (or really became available to test) so I switched gears to that instead. It's a different style of coat but a great base. I have a pattern review up on the blog here. I have a tweed coating to make another one later this month. 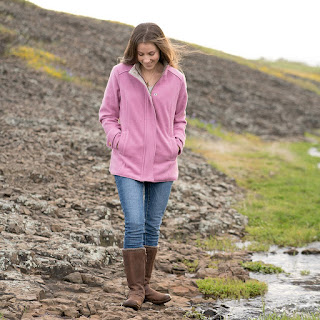 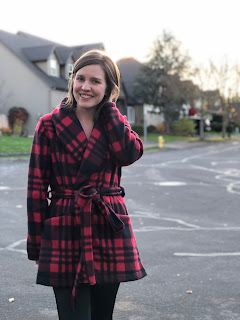 I added a pants romper to my MakeNine2019 with the original intent on making a Mama Megan (below left). I already owned this pattern and absolutely loved my dress version I wore for family photos last year. Then the DIBY Stevie (below right) went into testing so I went with it instead. I wrote a blog post about this pattern here. I have to be honest, this isn't something I reach for at all. I made two and have purged them from my closet already. I did make a pants romper with the Women's Jade though and have worn that several times. A pants romper is harder to go to the bathroom in and style so I don't find I reach for them much. 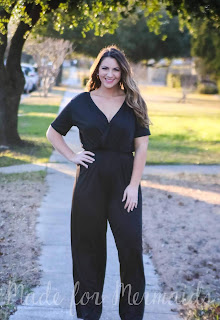 Oh the Orchid Midi! This is yet again another pattern I was able to test. I didn't know when I added it to my goals for the year that it would go through testing again to extend the size range and cup sizes offered. I'm beyond grateful that I was able to make this dress during testing as it ended up being a very time consuming project that I probably wouldn't have done otherwise. I believe that anyone could make it as the tutorial is thorough with text and photos. I'm just super slow on tests and woven apparel sewing so compared to my knit makes, it was a much longer project. For more info on this pattern and more of my photos, here's my blog review of it. I don't reach for it which I think is only due to the length. I'm just not a midi length person. This reminds me that I'm going to shorten it. 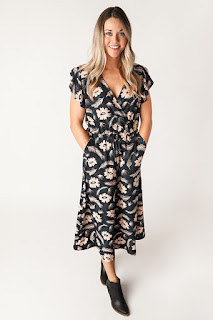 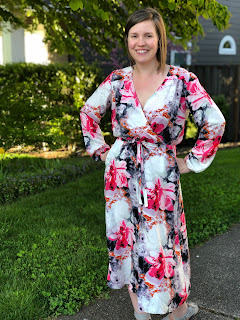 Another successful sew was the Love Notions Melody Dolman (below right). I had this hacked version of the Hey June Willamette Shirt (below left) as my goal. I even purchased, printed and graded my pattern but then guess what came up... a pattern test! The Melody Dolman seemed so similar without the need to hack so I went with that instead. It's not my usual style but I absolutely love it each time I wear it. It also made me realize that rayon challis for summer tops is so lovely and breathable. 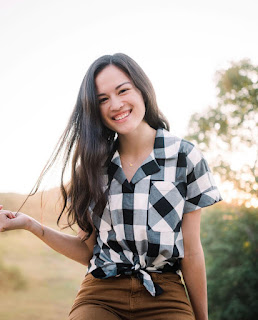 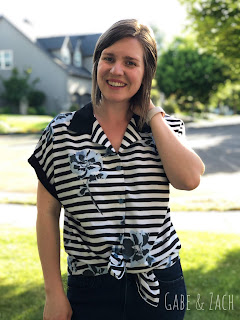 I'm BEYOND happy with this make copying Whitney's Made for Mermaids Alexandria and Cora culottes mashup (below left). I used Mily Mae Fabrics black bamboo that's heavy enough to not show lumps but cool for the summer. It's such a wearable item in my closet! Plus I added cups (which I need to adjust still) so I can wear it without a bra. When I added this on my goals, I don't think I was very versed with mashing and hacking. Now it seems like second nature. This make proves to me that mashing and hacking may take more time but getting exactly what I envision is worth every minute. 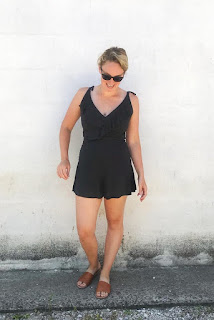 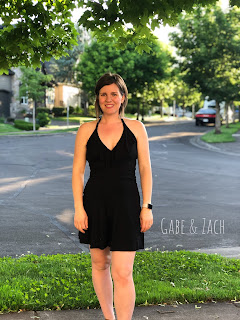 My first make on my goals was the CoEmi Jessi. It pushed me because it was my first international pattern. I can easily say its my most worn item in my closet. I've since made another international pattern for my son too, which went so much quicker. I've had plans to make another Jessi but have found that other patterns have come out that are similar so I've sewn or tested those instead.

I did start the Ohhh Lulu Hyacinth Bra but used the wrong fabric and got frustrated with the FOE. I put it aside and haven't looked at it in 9+ months. Maybe I'll give it another go in 2020. 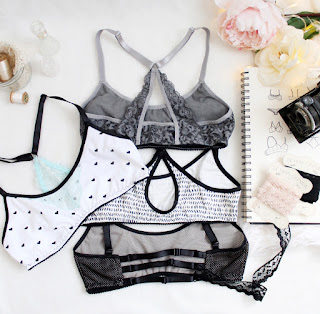 Jeans. Just the word seems daunting. I purchased and printed as an A0 the DIBY Dauphine jeans pattern. My hold up has been finding the correct denim to use and prepping it. I also want to find the time to make these all at once rather than over the course of a few weeks so need to plan a dedicated sewing weekend with the goal of jeans. 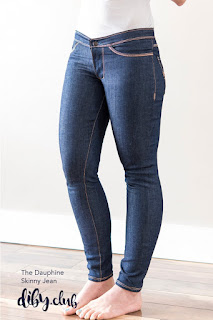 I've decided to make the Sew A Little Seam Linden shorts in linen instead of the True Bias Emerson shorts I'd selected. I have the pattern and fabric but found it wasn't shorts weather when I was ready to make them. Due to that, I opted to wait until 2020 to ensure they fit properly. 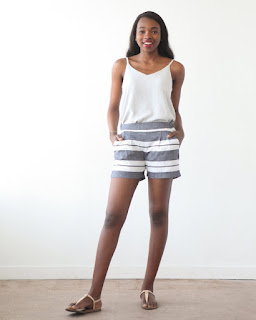 Overall, it's clear I only stuck with some of these goals when I was doing pattern tests that fell in line with it. I know that in 2019 I overcommitted to most aspects of my life, including pattern tests. I'm going to set more goals and limits around them for 2020. I've already said no to some and plan to continue to for 2020. I felt great about sewing for others and a great majority of my makes.

I have some ideas on how to do my sewing goals differently for 2020 but that's for another day which I hope to share soon. Thanks for following my sewing journey as I learn more techniques, discover what I love to sew and enjoy my sewing time sharing with you.

My posts may feature affiliate links. This means if you make a purchase from these links, I receive a small percentage in compensation at no cost to you. I may have received patterns or products to test or review but the opinions I voice are my own.
Labels: goals makenine womens 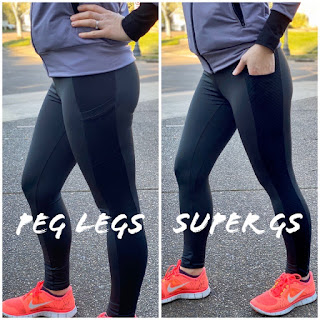 My Favorite Things: Leggings with Pockets 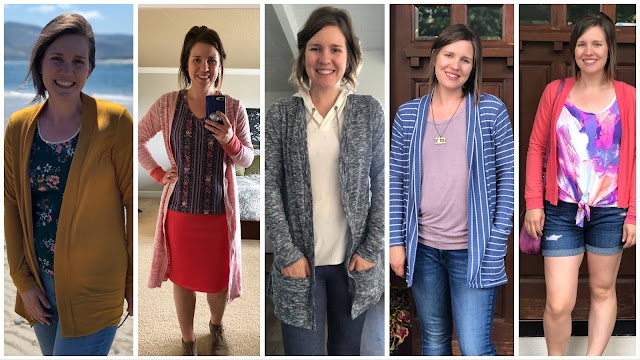